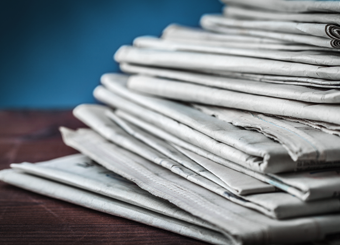 The Unbelievable Parody Site That Sparked A Race Team's Losing LawsuitJalopnik,October 14, 2013
Grodsky, Olecki & Puritsky LLP prevails in having defamation claim against parody web site thrown out of court, and then wins again on appeal.

Record $18 million civil rights verdictLawyers USA, March, 16, 2009
In a case of mistaken identity, a federal jury in California recently awarded $18 million to a middle school teacher who claimed a Los Angeles sheriff's detective falsely arrested him, accused him of kidnapping and sexual assault of a young girl, and then ignored evidence that would have helped clear him.

Michael Olecki awarded CLAY award as California Lawyer of the YearCalifornia Lawyer, March 2007
California Lawyer Attorneys of the Year Awards (CLAY) have recognized attorneys across the state whose achievements have made a profound impact on the law. Honorees have changed the law, substantially influenced public policy or the profession, or achieved a remarkable victory for a client or for the public. They include government attorneys, public-interest lawyers, sole practitioners, and attorneys from large international firms.