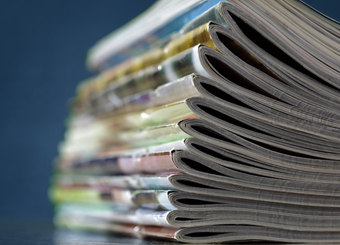 "Wage & Hour Spotlight: Personal Assistants in the Entertainment Industry,"California Lawyer, December 9, 2016
It is quite common for actors, musicians and others in the entertainment industry to have personal assistants who work crazy hours doing everything imaginable...

Music In Politics — Copyright And Lanham Act In The MixLaw 360, June 29, 2015
Since Frank Sinatra helped John F. Kennedy get elected to the presidency in 1960, every president has used popular music to help inspire voters...

"What'Jersey Boys' Case Tells Us About Copyright Law"Law 360, March 11, 2015
In February of this year, the Ninth Circuit decided Corbello v. Devito, a case involving the musical group the Four Seasons and the...

The ‘Twiharder’ Saga: criticism or copying?Daily Journal, March 27, 2014
A recent lawsuit filed by the producers of the parody film “Twiharder” against the producers of the hugely successful “The Twilight Saga” film franchise brings public attention to the issue of parody and how parody applies in copyright infringement cases.

Drafting Around Good FaithCalifornia Lawyer, July 2013
In California, every contract contains an implied covenant of good faith and fair dealing, which prevents one party from unfairly frustrating the other party’s right to receive contractual benefits.

4 Factors Courts Consider When Deciding On Fair UseInsideCounsel, June 2012
The Copyright Act gives authors of certain works (such as books, music, movies, etc.) the exclusive right to use those works.

Preparing WitnessesCalifornia Lawyer, April 2012
A familiar complaint in deposition and at trial is that the counsel is "coaching the witness." Certainly, ethical rules prohibit counsel from attempting to convince a person to lie or withhold the truth.

Employment Lessons From 'Desperate Housewives' CaseLaw360, March 29, 2012
Television characters get killed off all the time. It is an occupational hazard in Hollywood. When a character is written out of a script, however, typically the next act isn't a wrongful termination lawsuit.

The 'Joint Employer' Problem: Expanding Targets of Liability in Motion Picture Wage and Hour CasesThe Daily Journal, February 23, 2011
When a studio or production company produces a motion picture, it almost always creates a single purpose entity to enter into contracts for the production.

Winning the Mediation: A Trial Lawyer's GuideBloomberg Law Reports, Vol. 3, No. 42, 2009
Lawyers often market themselves as great trial lawyers, even going so far as to promote their win/loss percentage.

Motions to Disqualify Corporate Counsel California Lawyer, March 2009
A potent weapon in any lawyer's arsenal is a motion to disqualify opposing counsel.